Today I want to look at my paternal grandmother’s maiden name. She was born in Lancashire the daughter of Charles Band and Lillie Agnes Kellett. 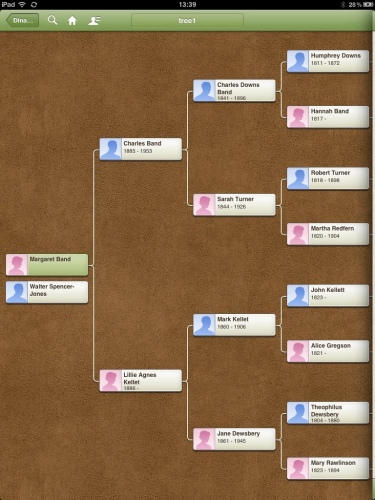 Charles had been born in Glossop, Derbyshire in 1885. He was the youngest of 9 children: 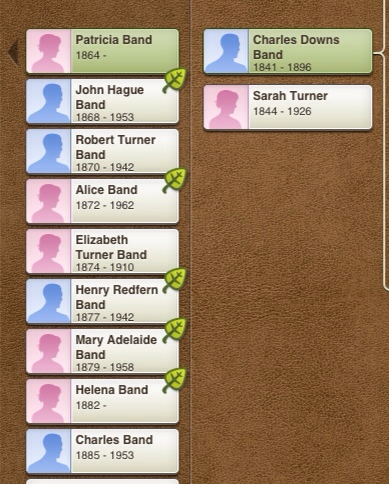 His sister Elizabeth went on to become a Shakesperian actress. Their father Charles Downs Band was a stone mason in Glossop who helped to build Johannesburg Post Office in South Africa. Unfortunately he never returned from this contract as he died in Africa. His widow Sarah (nee Turner) survived him by 30 years. 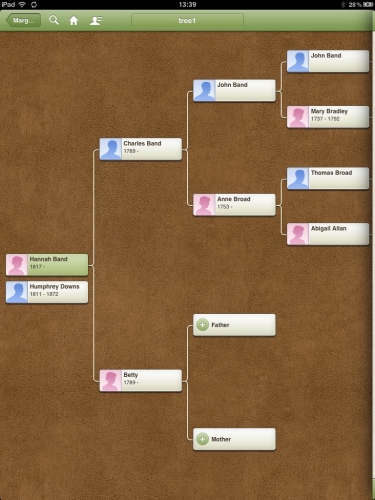 Charles senior had been born to Hannah Band and Humphrey Downs whilst he was still married to his first wife. This is why Charles had his father’s name as a middle name.

Hannah was the first generation of Bands born in Glossop. Her father Charles Band had moved from Mottram in Longendale, Cheshire to work in the cotton mills. He and his wife Betty had 6 children. 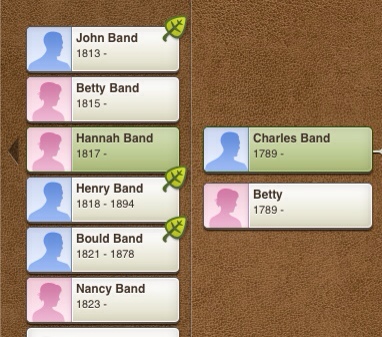 Not all the children followed into the mill trade and Henry became a grocer. Charles hadn’t moved far to follow his trade as Mottram is only just over the border in Cheshire. I have written something about this migration in an earlier post.

He was the third generation of Band cotton weavers in Mottram. His grandfather John had appeared there in the mid 18th century marrying into a local family the Bradley’s. There were plenty of Band children born in Mottram over the next 50 years: 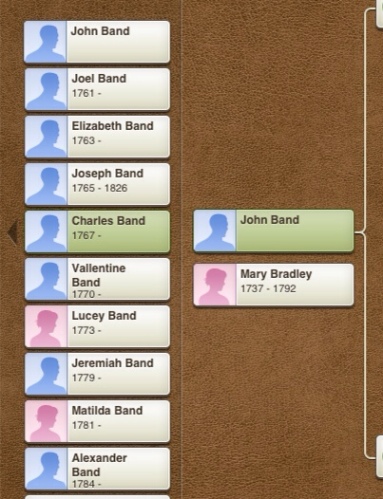 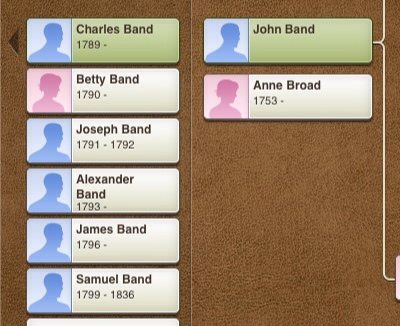 Since 1767 there has been a Charles in every generation except mine and the children of Charles and Betty. I have reinstated the tradition by giving my son the middle name of Charles. One day I may find where the first Band came from, it maybe that he was named for his occupation of making cotton bands in the mill.

If you have any connections I would love to hear from you!